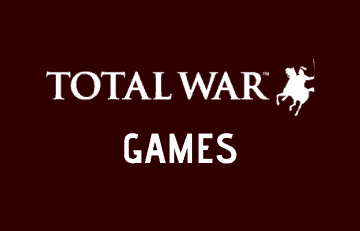 Every game has its own aspects and objectives, especially when it comes to total war games. Now, judging the Total War game is a bit tricky and challenging. The first total war game launched was Shogun in the year 2000, which soon hit 20 million+ copies sold.

A total war game undoubtedly offers you something which a real gamer loves and asks in a single package. You need tactical controls to win any battle; it’s not like you fight, and you win the game.

No! That’s not the case with Total War game. You need to be physically as well as mentally strong. You need to make the correct decision at times.

The first game released as the Total War Game is Shogun. It’s been 19 years of Shogun in the market, and to date, no game can replace this one. Although the game is quite slow and has a lot of glitches after the launch, it still manages to be at the top for years.

After the massive success of Shogun, the developers launched Shogun 2 in 2011. Shogun 2 is a reaffirmation of each aspect of the total war games. The game has improved A.I and does focus on melee and cavalry warfare. It showcases the 16th century feudal Japan. The game has cool graphics, which makes the game more interesting than the previous part.

Overall, if you’re a hardcore lover of total war games, then Shogun 2 is worth checking. Shogun is considered to be one of the most successful total war games, and no one can replace it. The elements of the game, like politics and alliances, make the game more interesting than usual. Also, check these best Xbox one emulators.

The next game featured on our list of best Total War games in Medieval 2. The reason for not including its predecessor is Medieval 2 is far better than the first version. The hunting battles, gorgeous gameplay as well as mind to strategies is just amazing. You never know what can happen in the next phase of the game.

From storyline to graphics, everything is so smooth and engaging that you might not push your hands off from the game. Medieval 2 focuses on two significant objectives; the first is capturing the known land to become the ruler, and the second one is occupying the cities and castles. Now, it is obvious that if you win castles, you have more military power units.

If you’re looking for the modern total war game, then this one is your first choice. As the game is launched after two years off Shogun so graphics are quite impressive. Overall, the game showcase excellent melee combat with a bunch of other elements like modern gameplay. Don’t miss this list of best iOS emulators.

Designed and developed by The Creative Assembly the Napoleon is one of the best Total War games. It is primarily a turn-based strategy as well as a real-time tactics video game. Napoleon is the first Total War game that focuses on the specific exploits of only one general.

The game comprises of large as well as bloody battles. It has all the features to make a user engaging and couldn’t take off their hands once they started playing. If you have ever gone through a book of Napoleonic Wars, then you definitely love this game. The main highlight of the game is to give people the freedom to fight in bloody battles between stylish-dressed European armies.

Well, the game lets you choose to play as a Napoleon Bonaparte or his enemies. It features line ground warfare and naval battles, and there is no shortage of gunpowder. Overall, the game is an advanced version of a lot of Total War Games featured on the list. The thing that can disappoint you is you have very little to do with the Napoleonic Warfare. Also, check these best Android emulators.

Rome II designed and developed by The Creative Assembly, and it has quite a rough start after the launch in 2013. The game has suffered from technical glitches; however, the developers soon get rid of it. Rome II has entirely revamped with the new and powerful A.I. Moreover, the developers of the game not only improved the game but launched the new game Emperor Edition of Rome II. 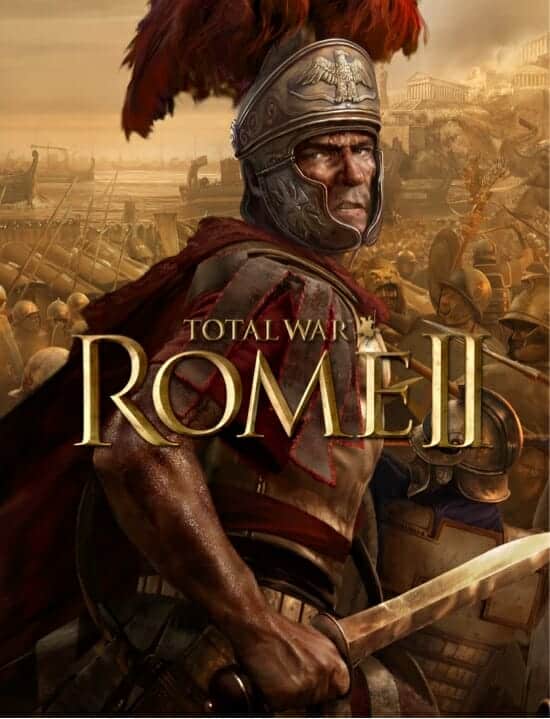 The game focuses on the hunting and terrifying battles with a refined map of the original one. After the launch of Rome II, it is considered as one of the worst Total War games developed; however, with constant updates and launch of Emperor Edition, it helped them stay strong in the market.

Overall, the game looks cartoonish after the launch. But again, the developers have managed to stay healthy and active. You might get disappointed with the older version of the map, but after updates, the redefined map inspired gamers to put hands on it. You may also like to check this Warframe tier list.

Attila takes things to a whole new direction. It is launched after the Shogun and Rome and changes the basic rules of the Total War games series. Now, if you have already played Rome 2, then you might find similarities between these two games like map and battle gameplay. 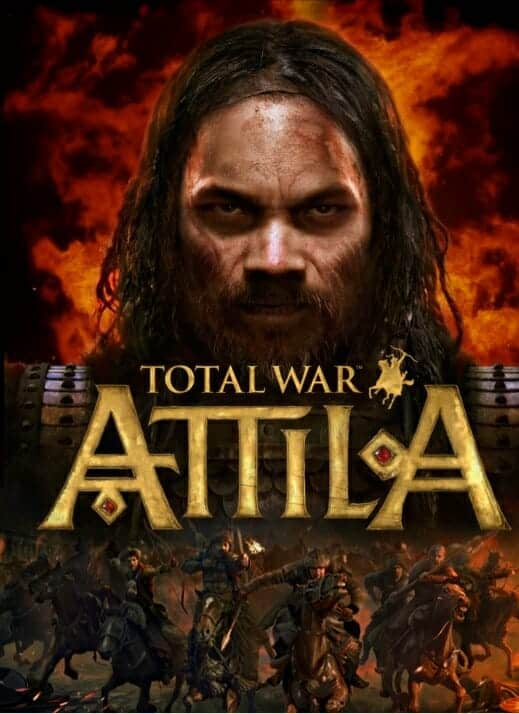 You need to face bloody wars where cities got burned, and endless nomadic tribes continuously rampage across the Anatolia. If you lose the battle in Attila, you’ll lose the whole city, and that particular city is wiped out of the map too.

Overall, Attila is a classic example of a revolution in Total War games. However, the developers only make a few changes. After a while, when you are deep into the game, you might feel bored with the game. Undoubtedly, the game has the most inventive and exciting design, especially at the strategic level. Well, you can say that Attila is an extended version of Rome 2 with extra features, some new factions, and fewer bugs. Also, check these Whatsapp mod apps: FMWhatsapp, GBWhatsapp, and YoWhatsapp. 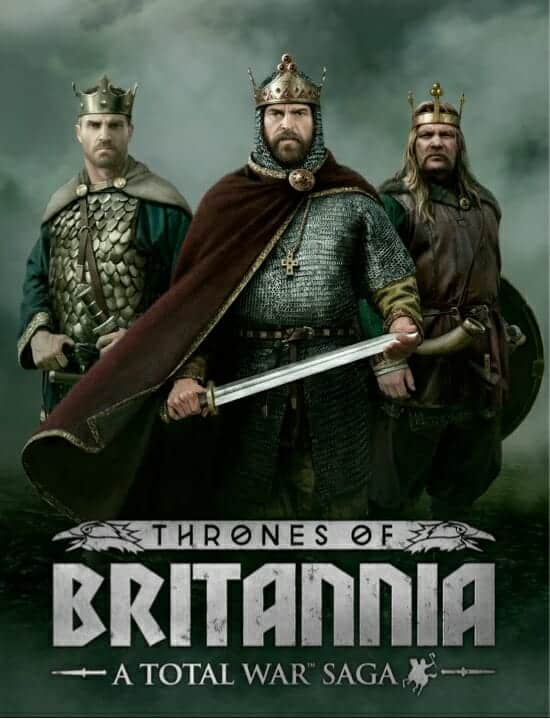 Radically, the game features the kingdoms of feudal Europe, and one has to come out with the most lands. However, this game has less scope and a less ambitious setting. The game has cool graphics, A.I as well aspire battle gameplay.

Those who are around the games like Atilla and Shogun, they might love this game. It seems like you can easily win the game, but that’s absolutely not the case. The empire is all about taking over the city and lands. Once you engage in taking over the towns and lands, you get greedy to become the ultimate king of the land.

Well, the empire is the first game that introduces the overarching plays in Total War games. The main objective of the game is to expand your territory, conquering towns, improvise your army, and start managing resources. Moreover, you need to be strong in tactical and strategical based battles; you need a plan to go ahead in the game.

Well, if the Empire is one of the most popular total war games currently available in the market. The game not only needs the physical force, but you need to stay healthy in diplomacy as well. Overall, Empire Total War can deliver you the experience of War games and does offer improved graphics than other games. The gameplay is just amazing, and you love how elements are visualized. Don’t miss these best YesMovies proxy sites.

If you’re new to the total war game, then you would probably love Warhammer II. Warhammer is one of the biggest game developed by Creative Assembly. It is quite complicated and has well-designed battlegrounds. 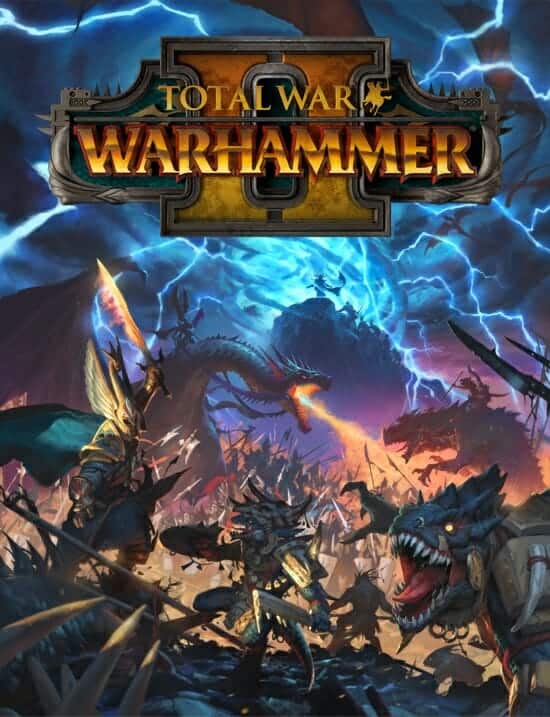 Well, if you have player Warhammer, then you might not have massive expectations from Warhammer II. However, Warhammer II not only offers you huge maps, but it also delivers you better gameplay, graphics, and terrifying battles at some point in games. The world map of the game offers you mountains, beaches, as well as cliffs along with dozens of other geographical features.

Overall, the company has spent a lot of time designing such a gigantic map. The incredible animation done delivers a versatile feeling of total war game. The only thing which can disappoint you is the lack of sound design. You need not be physically strong but mentally too. If you love around the total war game, then this one is your destination of hunting the best Total War Game. Also, check these best Yify proxy sites.

The next total war game featured on our list is Three Kingdoms. It is the latest total war game designed and developed by Creative Assembly. The game showcases the Chinese history, and you’ve to complete one of the most challenging battles to win it. The game has two different modes the first one is ‘Romance’ mode, and the second one is ‘Records’ mode. 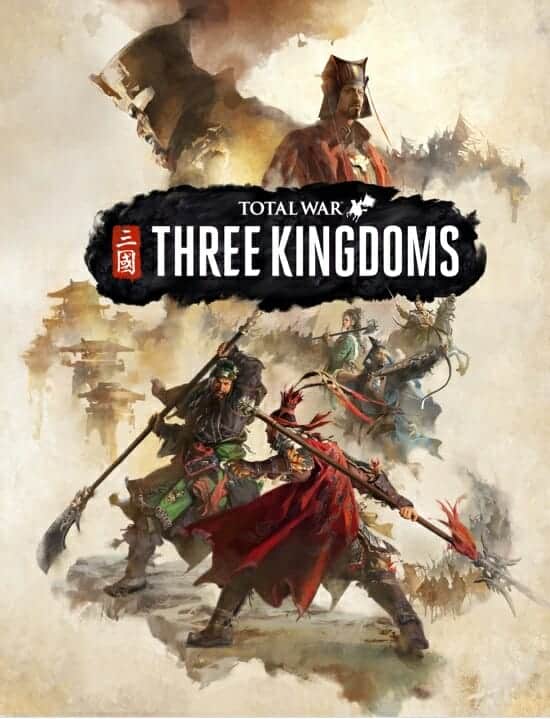 In Three Kingdoms, you have to choose from 12 legendary warlords and conquer the known world. Moreover, the developers have worked on graphics, gameplay as well as improvise the artificial intelligence to make the game more challenging. Apart from that, the company claims that the game has entirely new things that you have never faced in predecessors.

Well, Three Kingdoms is the period of social as well as political turmoil. It offers quite a gigantic map with much bigger wars than ever. The only thing which makes people a little disappointed is the characters feel hollow and virtual. Don’t forget to check this best Rarbg proxy sites list.

Launched in the year 2002 after the Shogun, this one is quite good in business. Medieval is indeed one of the most different games from every other RTS present in the market. The game adds a lot of new innovative ideas then Shogun.

Since the launch in 2002, Medieval achieved near-perfect design, i.e., engaging and straightforward. One of the reasons why Medieval falls under the iconic game series is religious factions and espionage elements. If you have excellent decision-making ability, then this total war game is specially designed for you!

Overall, Medieval is the complete Total War Game package that introduces you with quintessential features. Factors like espionage elements, religion, as well as other factors, make the game thrilling and challenging to play. Also, check out these best torrent sites.

Hunting for the best Total War Games needs a lot of work. The current era of Total War Games includes not only the tactical powers but also the management and diplomacy at some point in the game.

This list of top 10 best Total War Games tried best to deliver some of the most versatile war games. From Shogun launched in 2000 to Three Kingdoms launched in 2019, these games developed a lot. Talking about Shogun, the company sold around 20 million copies and then on and on.

Do you play Total War Games?

Well, if you love playing Total War Games, do share your experience with us. Or if you don’t play War games, then I would suggest you give it a chance they will not disappoint you!

For any queries or suggestions, leave a comment below.